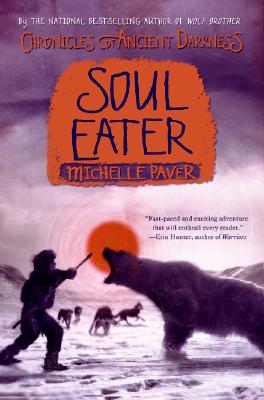 It's winter, and Wolf, Torak's beloved pack-brother, has been captured by an unknown foe. In a desperate bid to rescue him, Torak and Renn must brave the frozen wilderness of the Far North. As they battle for survival amid howling blizzards and the ever-present menace of the great white bear, their friendship is tested to the breaking point, and Torak is forced to get closer to his enemies than ever before. . . . "Soul Eater" is a haunting story of loyalty and loss, a chilling portrayal of the nature of evil, and the next step in the perilous journey that began with "Wolf Brother" ... View more info 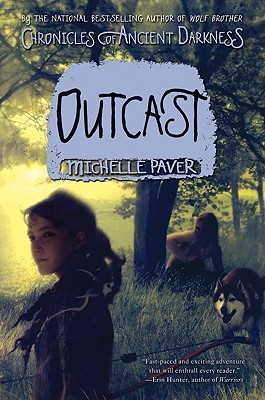 Torak crouched on a beach of black sand, his clothes in tatters, his face wild and hopeless as he lashed out with a flaming brand--lashed out at Wolf. Ior two moons Torak has hidden a terrible secret--and now it is revealed. He bears the mark of the Soul-Eater and must pay the price. Cast out from the clans, he is alone and on the run: cut off from his best friend, Renn, and his beloved pack-brother, Wolf. In the haunted reed-beds of Lake Axehead he is hunted by the Otter Clan and taunted by the Hidden People and, as soul-sickness claims him, falls prey to an even greater menace. T... View more info