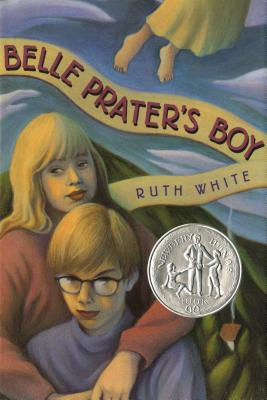 "Around 5:00 a.m. on a warm Sunday morning on October 1953, my Aunt Belle left her bed and vanished from the face of the earth."
Everyone in Coal Station, Virginia, has a theory about what happened to Belle Prater, but twelve-year-old Gypsy wants the facts, and when her cousin Woodrow, Aunt Belle's son moves next door, she has her chance. Woodrow isn't as forthcoming as Gypsy hopes, yet he becomes more than just a curiosity to her-- during their sixth-grade year she finds that they have enough in common to be best friends. Even so, Gypsy is puzzled by Woodrow's calm acceptance of his mother's disappearance, especially since she herself has never gotten over her father's death. When Woodrow finally reveals that he's been keeping a secret about his mother, Gypsy begins to understand that there are different ways of finding the strength to face the truth, no matter how painful it is. "Belle Prater's Boy" is a 1996 Boston Globe - Horn Book Awards Honor Book for Fiction and a 1997 Newbery Honor Book.